How Telecoms are Betting on Loyalty Programs to Lower Churn

The telecom industry is in desperate need of loyalty programs. With the rapid shift to digital and the increasing number of competitors, churn rates are higher than ever before.

Customer retention, even by 5%, has the potential to dramatically increase revenue by 25 – 95 %. But with churn rates from 10 – 67% annually and over 17 million people signing up for a new provider every year, telecom providers face a serious problem with customer loyalty.

Here is where a Loyalty program can shine.

Loyalty Programs as a Solution

While loyalty programs have the potential to help companies retain their customers, only 7% of telco companies offer them to customers.

But how exactly can loyalty programs help?

It is far more costly to acquire new customers than it is to retain your current ones. With the right loyalty program in place, you can rest assured that your customers will continue to work with you.

2. You build an emotional connection

Loyalty programs often help companies build an emotional connection with their customers. Whether that’s through personalized gifts or offering a free item and message on a customer’s birthday, these programs go beyond the transactional relationship to develop a deeper connection.

3. Standout Among Your Competitors

Unlike other industries, telecom providers do not have much legroom to differentiate themselves purely through their services or costs. However, with a loyalty program in place, providers have the opportunity to develop new strategies to get customers to stay loyal to their brand.

Since talking is easy but hands-on not so much, we gathered 2 examples of Telco Loyalty Programs that excel at customer loyalty.

The largest mobile phone company in the country, T-Mobile has an initiative called T-Mobile Tuesday where every Tuesday customers get “free stuff and great perks” through their app. No points needed, just a genuine way to say thanks for being a loyal customer. As a guest in the Loyalty Expert Talks, Boris Helleman (former marketing manager at T-Mobile) told Stampix: “Having an Always-On Loyalty Program with seasonal surprise & delight campaigns during the year is one of the reasons why T-Mobile ranks ahead of the competition in the Loyalty Ladder.”

Having an Always-On Loyalty Program with seasonal surprise & delight campaigns during the year is one of the reasons why T-Mobile ranks ahead of the competition in the Loyalty Ladder.

With NPS scores far below zero in 2016, Orange, one of the top Telecom Providers in Belgium, decided to turn the tides and launch a state-of-the-art loyalty program: Orange Thank You.

Working closely with technology and reward partners like Stampix, they were able to develop, deliver and support emotional experiences at scale. They designed a program based on the premise that “loyalty doesn’t expire every two years”. Telecom customers are used to traditional points systems, but these were proving increasingly ineffective.

This has led to a significant +30 points increase in NPS, app engagement rates up to 50%, in four years.

By partnering up with Stampix, Orange has also won the Award for “Best Short Term Loyalty Initiative” at The Loyalty Magazine Awards in June 2020. As a fixed partner in the Orange Thank You program, Stampix delights thousands of Orange customers on a daily basis with personal photos – printed & shipped right to their doorstep.

“We wanted something that would reward tenure…not only the amount spent but the number of years with us. Spend is not a reflection of loyalty, yet most loyalty programs prioritise short-term spending. As a result of the innovative loyalty program, we now have a customer engagement rate of more than 50% – defined by customers redeeming in the last 12 months – far exceeding the industry average. So we are very happy.” 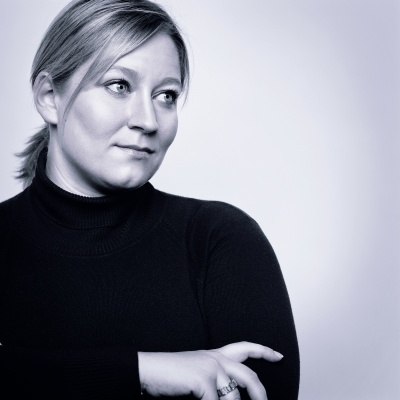 There are many ways to build successful loyalty programs. No matter the way you choose for your brand, understanding customers’ needs through data and making sure they feel appreciated for their loyalty is key. Reach out to our experts to learn how we can take your loyalty program to the next level.